Heading east from Ongula, on a surprisingly good road, we stopped for the night at a lodge on the river that forms part of the Namibian/Angolan border. The Rio Cubango rises in Angola’s highlands and heads south-east to form that border for a while, before being joined by the Cuito, another Angolan river, and later becoming the mighty Okavango. It was quite surreal looking across the river into Angola, something that would have been totally out of the question when I was younger and the area was still ravaged by war. 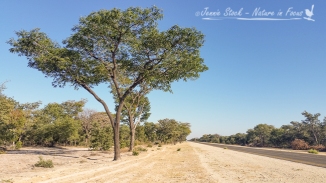 Heading east towards Rundu on an amazing road 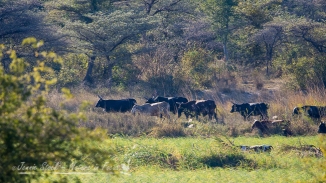 Cubango River from our tent, looking towards Angola

Taranga Safari Lodge is perched right on the edge of the Cubango, with permanently erected tents on platforms high enough to avoid having to worry about hippos or crocs. A floating bar on the river was a good spot for sunset photos with local people moving around on their traditional mokoros and lots of birds to be seen. 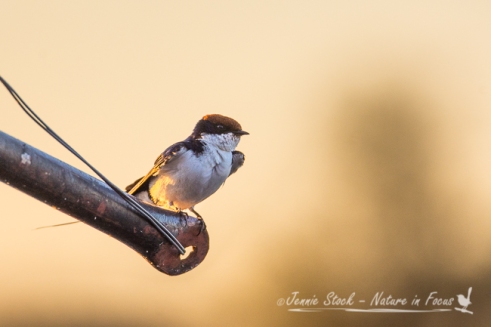 Wire-tailed Swallow on the roof support at the floating bar 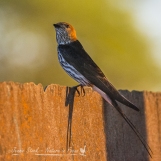 Young boy in Mokoro on the Cubango River

The birding was great, in fact. Between the river’s edge and the 11 hectares of bushveld with a self-guided walk and watering hole, there was a lot to find. I added at least nine new species and rediscovered a few that I hadn’t seen for a long time. Of course, I only managed decent images of some but I’m really happy that one of those I did capture was the stunning Violet-backed Starlings (still prefer their old name of Plum-coloured Starling). 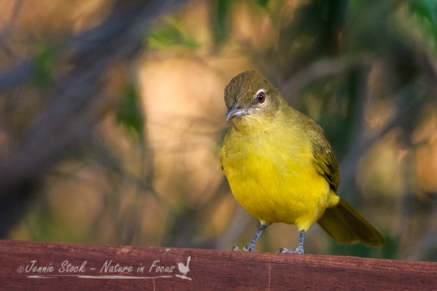 Rufous-bellied Heron from our tent