Autumn 2018 (in the Southern Hemisphere) saw us in Southern Africa again, beginning our trip in the Western Cape to celebrate my Dad’s 80th birthday with family. We did spend a couple of days in Cape Town, visiting the African Penguin colony at Boulders Beach near Simonstown and walking around Kirstenbosch Botanical Garden on a very windy day (not very good for bird photography) in between catching up with family and friends.

Rock Hyrax or Dassie at Boulders 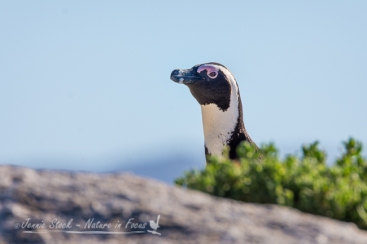 Most of our time in the Western Cape was spent with my parents in Montagu, a small town in the Little Karoo region. I had fun stalking birds in their garden when the weather wasn’t too miserable. The Pepper Tree (Schinus molle – not a native tree) had lots of little red berries so was very popular, as was the Liquidamber in the front garden. I got to practice my identifications, with both Common Fiscal (aka Fiscal Shrike) and Fiscal Flyatcher making an appearance, and a cute but elusive Fairy Flycatcher playing hide and seek in a large tree. 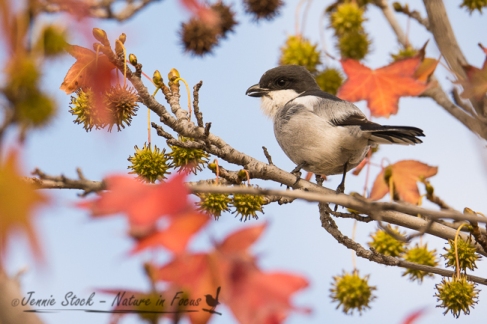 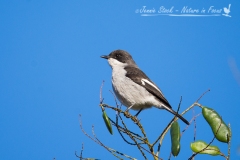 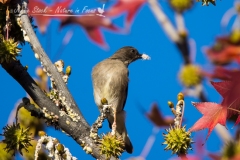 Karoo Chat on the liquidamber 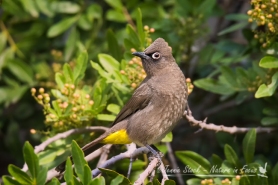 Cape Bulbul in the Pepper Tree 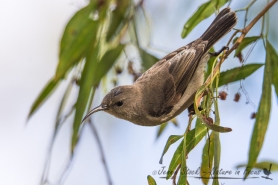 Cape White-eye on the pepper tree 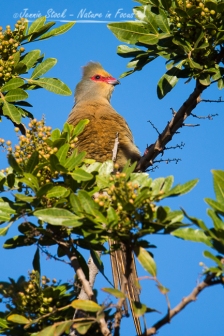 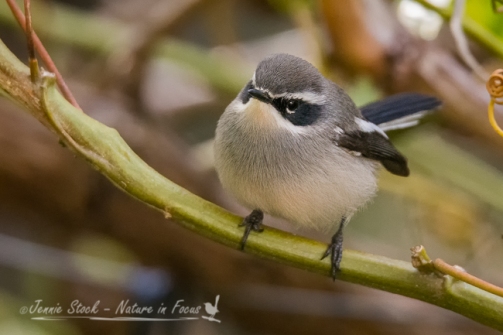 I did do a bit of exploring around town – the lei-water dam and the Nature Garden were good spots, and I found a Gymnogene (African Harrier-Hawk) in a palm tree in the primary school grounds (not easy to get a good angle though). There were lots of Red-winged Starlngs around and I was happy to get one in flight, showing where their name comes from.

Red-winged Starlings – grey-headed ones are the females

White-backed Mousebirds at the nature garden 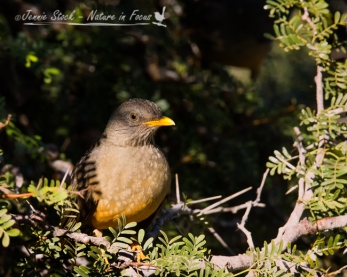 Olive Thrush in the shrubbery at the dam 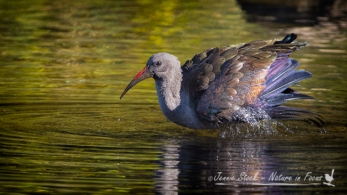