The most direct route to the Snowy Mountains from Adelaide (the A20) quite closely follows the Murrimbidgee River, the second longest river in Australia. Our best look at the river was at an overnight stop in Wagga Wagga, an unusually large town for inland Australia. The Murrimbidgee looked lovely and cool at the end of an extremely hot day. I had a relaxing time watching some of the birds on its banks, as well as a colony of flying foxes or fruit bats – unfortunately they were a bit far away on the opposite bank to capture well.

Sulphur-Crested Cockatoo fooling around
From Wagga we left the river and headed directly for the cooler climes of the Snowy Mountains, the source of the Murrimbidgee. A bit of an issue with the tyres on the hired campervan delayed us in the small town of Tumut – luckily we were in town when we noticed the problem and the guys at Tumut Valley Tyre Service were able to get us on our way as quickly as possible. We just managed to make it to Jindabyne in time to get a campsite for the night. After a day revisiting Kosciuszko National Park, we decided to camp at Kosciuszko Mountain Retreat near Sawpit Creek, a lovely site nestled in among the eucalypt trees. The area was also heavily populated with fierce horseflies, as we discovered when we went for a walk along the Waterfall Track – it is quite tricky taking photos of scenery or birds when as soon as you stop walking you get attacked by vicious insects.

Along the walking trail near Sawpit Creek

A mountain stream from the Rennix Trail

Early next morning I dragged my son out of bed to accompany me on a sunrise expedition – we explored the beginning of the Rennix Trail which is where the opening image was taken in beautiful morning light. Stopping in Jindabyne for delicious pies, we then headed for the ACT and Canberra. We lived there for a year in 2002 so it was a bit of a trip down memory lane, although our main goal was to leave David at the Australian National University to begin his Honours year. Once he had checked in to his hall of residence, I dropped the boys off for their last golf game of the trip and headed for one of my favourite places in Canberra, the Australian National Botanic Gardens. A birder’s paradise, it also features lots of interesting plants (naturally) and a reasonably tame bunch of Australian Water Dragons (Intellagama lesueurii) that sun themselves on rocks and make great photographic subjects when they’re not getting underfoot at the café. 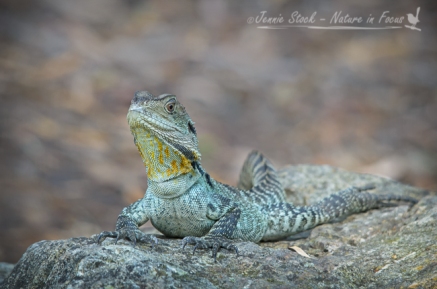 Water Dragon trying to be cryptic

Patterns of Eucalypt bark in the Botanic Gardens

I enjoyed photographing birds I hadn’t seen since we lived in the ACT, like the funny White-Winged Choughs with their messy digging habits and the striking Crimson Rosellas. I did manage to see my favourite Australian parrot, the Gang-Gang Cockatoo – but wasn’t lucky enough to get any photos. All too soon, it was time to say goodbye, find space for the tripod in the suitcase and head for Sydney and our flight home. 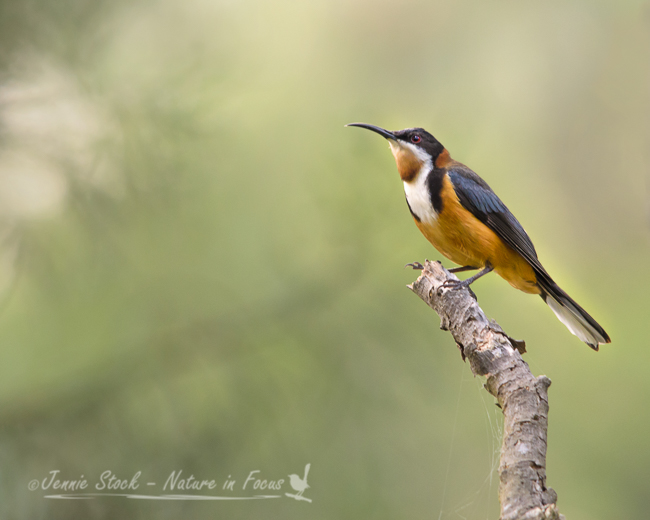 One thought on “Following the Murrimbidgee (sort of)”